The letter in the photos that Todd Giffen posted online is addressed to him, and it lists ten other recipients, so now there are eleven.

The letter has printed across the top: "VIA CERTFIED MAIL, RETURN RECEIPT REQUESTED". Why would May have requested a return receipt if he knew he was going to be dead by the time the letter arrived? And why is it even printed on the letter? But that's the least of it...
If you look closely at the top left of the first page of the letter in Todd's photos, where his street address is covered over, you can see the first two letters of what would be his home city: "Sp". 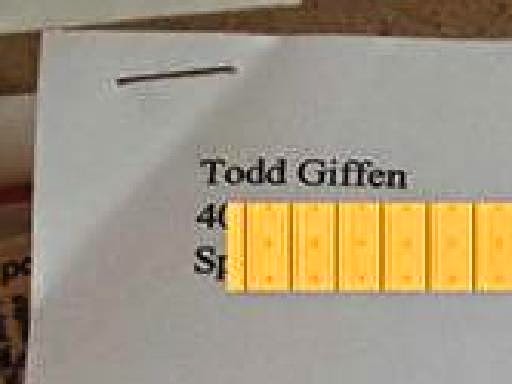 Now, if you look closely at the top right corner of the same photo, you can see part of the envelope under the letter, and on it you can see that it says: "U.S. POSTAGE PAID, SPRINGFIELD, OR". That definitely means that the postage was prepaid in Springfield, Oregon. 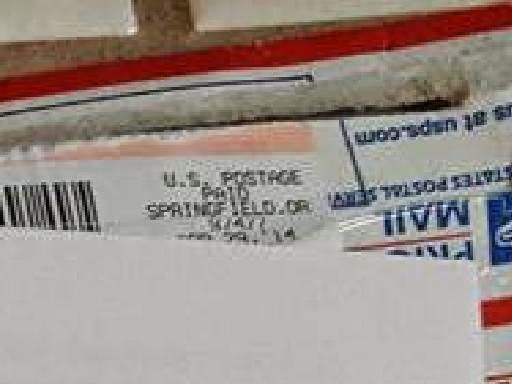 So Todd is apparently attempting to inject himself into this story as well, and in his hurry to do so, he's made some errors that have given him away.

Here's a link to the original photos he uploaded onto his own site:
http://www.myronmaysflashdrive.com/

And here's the photos themselves, in case Todd removes them from his site... 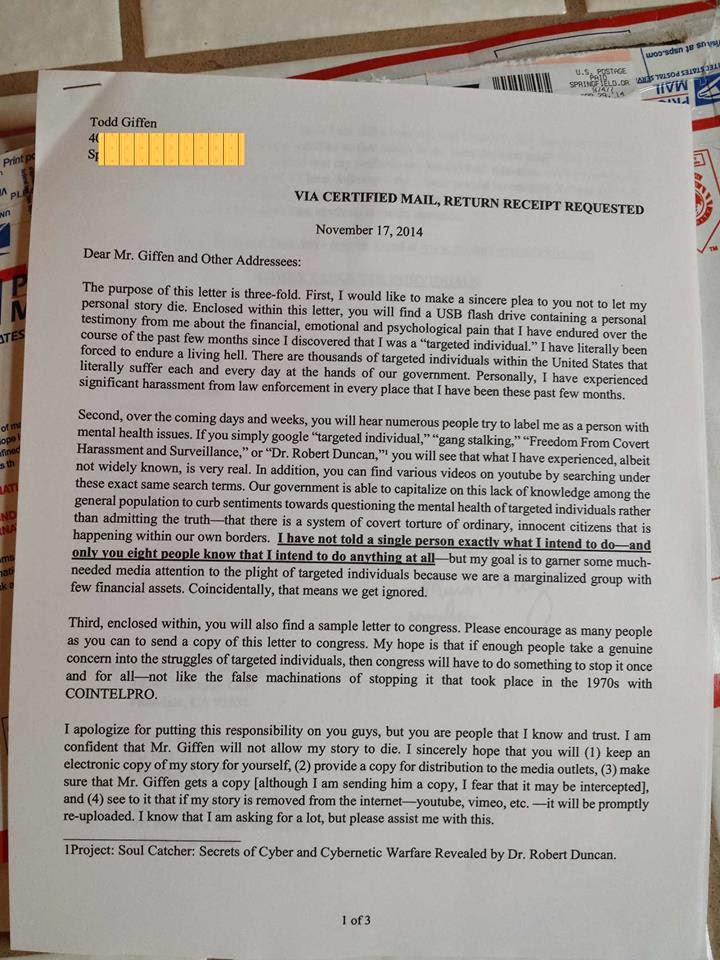 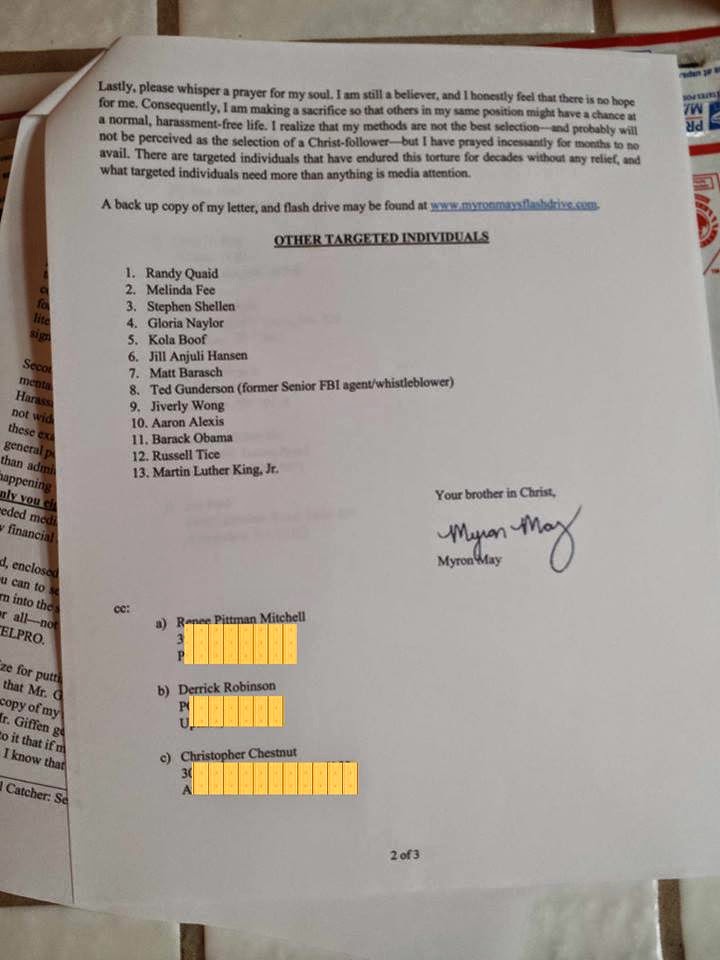 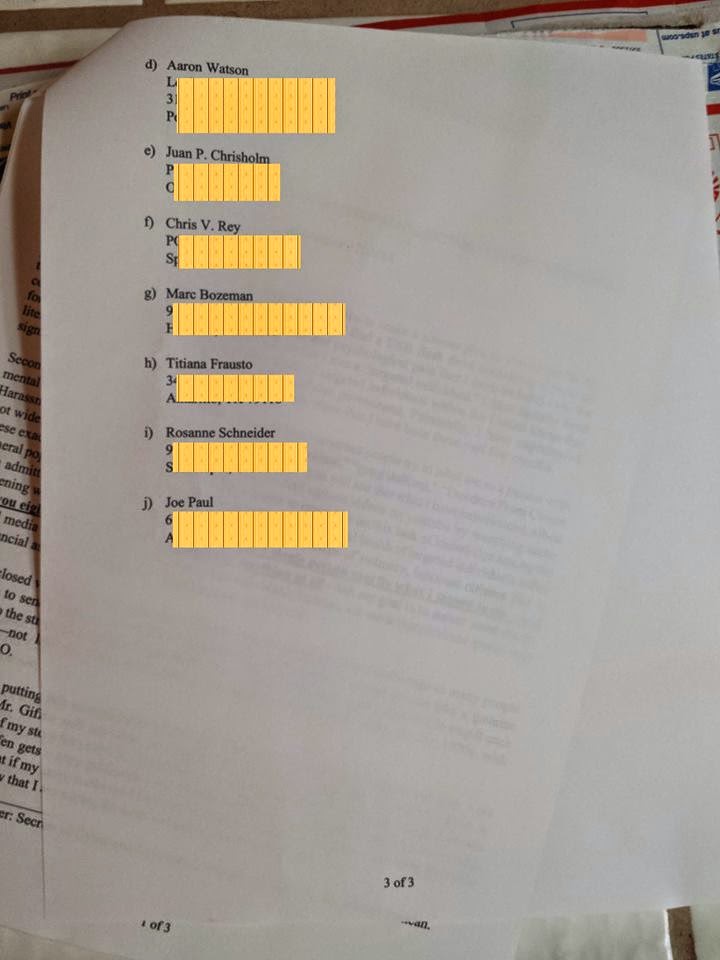 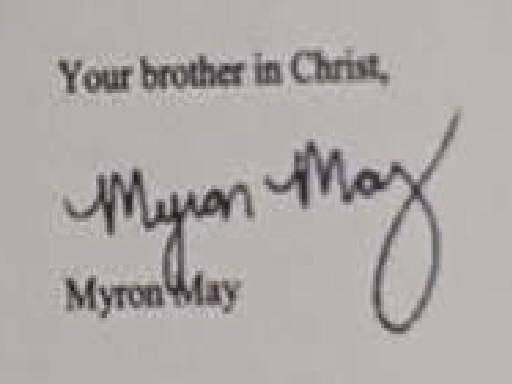 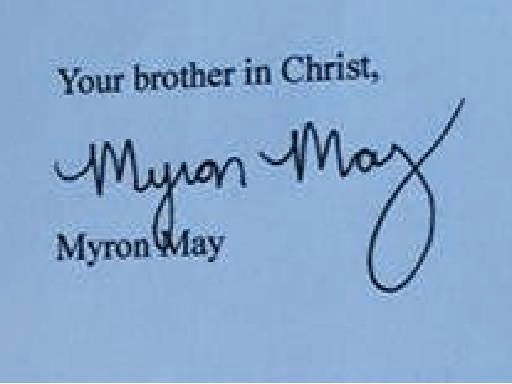 Here's a police mugshot I found of Todd Giffen at www.mugshots.com: 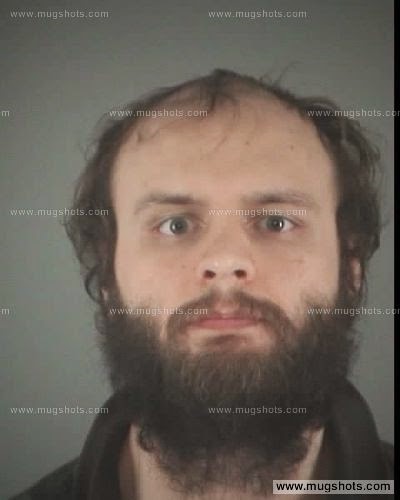 Here are a few screenshots that someone captured reflecting that Todd condones killing innocent people to bring awareness to targeting: 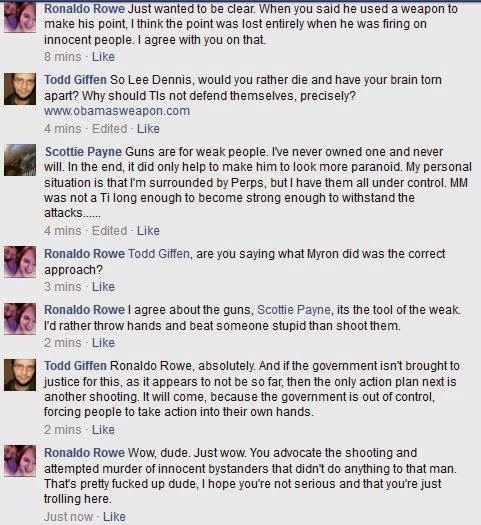 Posted by Anthony Forwood at 1:52 PM