WE'RE COMING FOR YOU BILL GATES 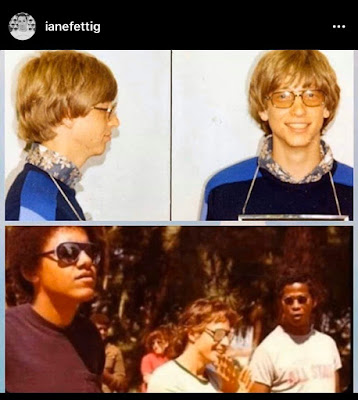 Yes, that's Barry Hussein Obama and his faggot lover Michael with a young Bill Gates. Small world! More will be coming out about Hussein in the near future. 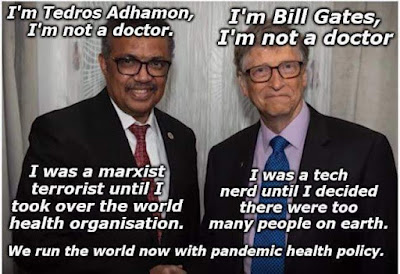 Bill Gates works closely with Tedros Adhamon, the current head of the World Health Organization. Tedros has received billions of dollars from Gates over the years. Tedros and Bill want to vaccinate the world with tracer vaccines so that you can be easily identified once vaccinated. This is why Bill is so interested in both depopulation and vaccines. Bill is a Zionist. That means he wants a one-world government run by people like himself. He's a megalomaniac. 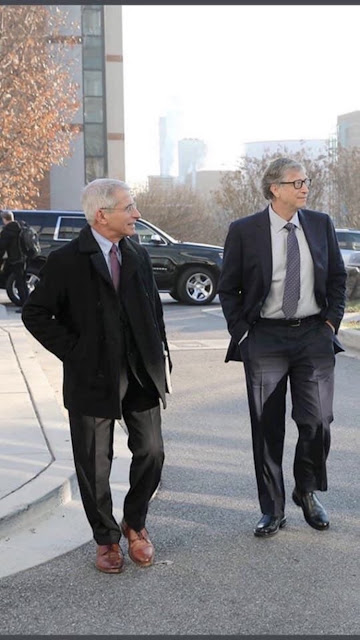 Bill Gates also works closely with Anthony Fauci, who runs the Center for Disease Control. Fauci has also received billions of dollars from Gates over the years. Fauci is currently under the thumb of President Trump, who knows what these assholes  are up to and is going to catch them red-handed. Just watch. 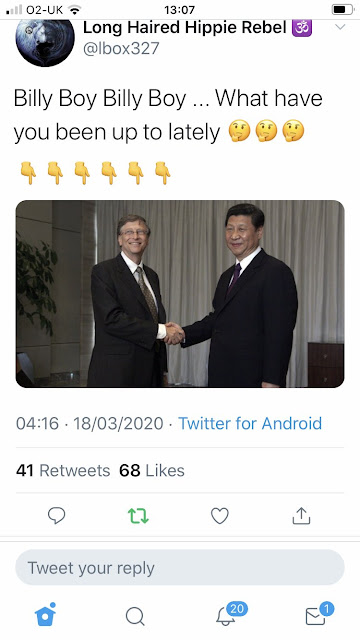 Bill Gates has been making deals in China. That's him with President Xi Jinping. What happened in China recently? A viral outbreak? What a coincidence!

The video above gives some insight into what Bill Gates' agenda is. Bill Gates is a Zionist. He wants a one-world government where all citizens are tagged with nano-tracers. He intends to insert these nano-tracers through vaccinations. 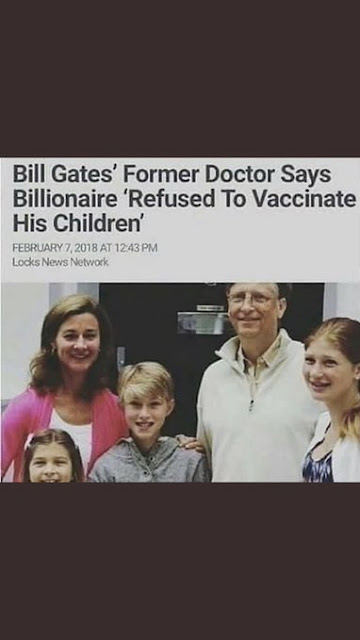 Bill Gates wants everyone in the world to take his vaccines, but he refuses to take them himself or give them to his family. I wonder why.

Notice that Bill Gates has three children. Bill Gates believes that the world needs to be depopulated and families should have no more than two children. What a hypocrite!

Bill Gates' father was the head of Planned Parenthood when it was first established in 1971. Planned Parenthood is a death factory for babies. They supply human fetal tissue to biotech companies so they can make expensive mdeicines and treatments that only rich people can afford. They also supply the cosmetics industry with baby skin, which is used to make expensive skin creams that keep you looking young. 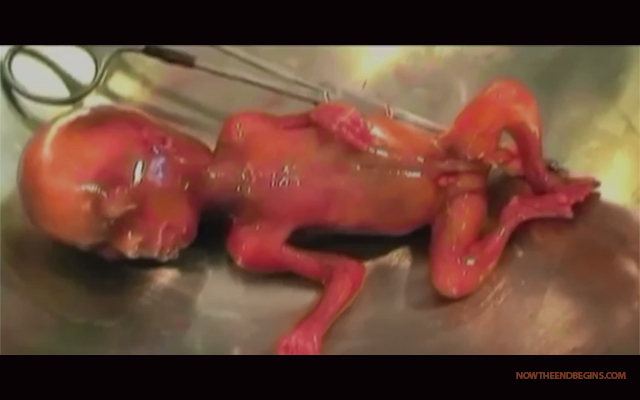 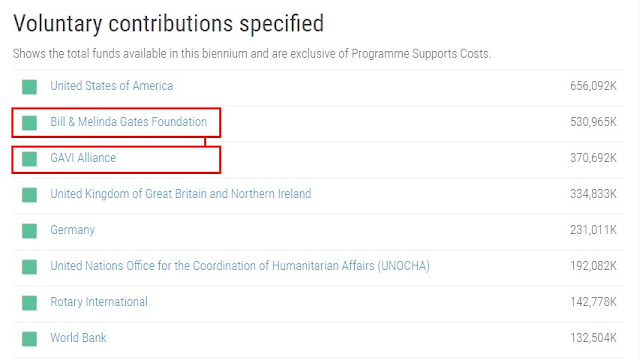 Now that the USA has pulled its funding to the WHO due to their incompetence in handling the cornavirus pandemic, Bill Gates is their largest funder. 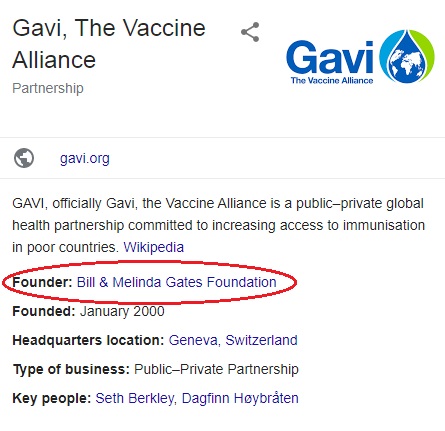 He's now also the second biggest funder of the WHO through Gavi, another one of his organizations. 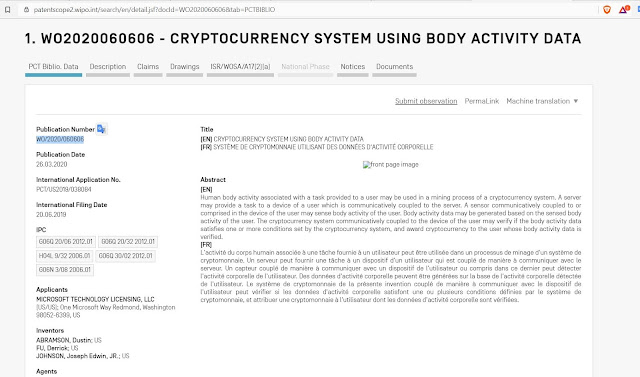 This is a recent patent application from Microsoft Corp for a cryptocurrency system using body activity data. Bill Gates has been diversifying his investments into all sorts of creepy futuristic nonsense. 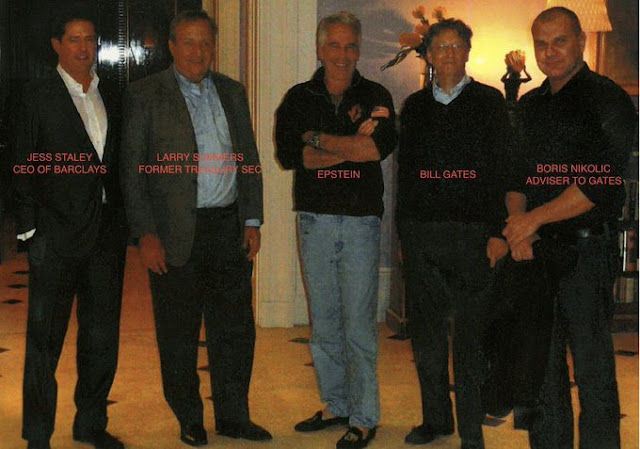 Bill Gates was very close to Jeffrey Epstein, before he didn't kill himself., but after he had already been convicted in 2008 for sex crimes against children. Jeffrey Epstein had his own futuristic dreams.

Bill Gates flew on Epstein's Lolita Express at least once. A lot of things went on at Epstein's island, and Bill was close enough to have been involved in a lot of it.

Bill Gates is also closely associated with Prince Alwaleed bin Talal of Saudi Arabia. Alwaleed was arrested for corruption and was involved in human trafficking and other evil shit.

This video put out by Bill Gates' Microsoft features Marina Abramovic, who is a Satanist. Marina calls herself an artist. She mixes her 'art' with Satanic worship. She is known for 'spirit cooking'. Microsoft removed the video after it was widely publicized who stars in it. 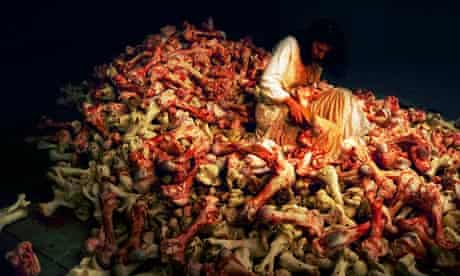 This is her performing some 'live art'. Yes, those are real body parts. 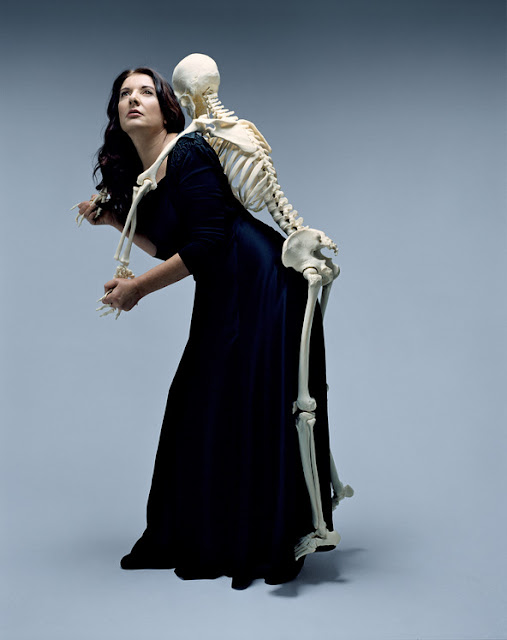 This woman has a perverted view on life and death.

Here's a link to what awakened people are saying to Bill Gates on his Instagram account. These recent comments were captured before he could delete them: 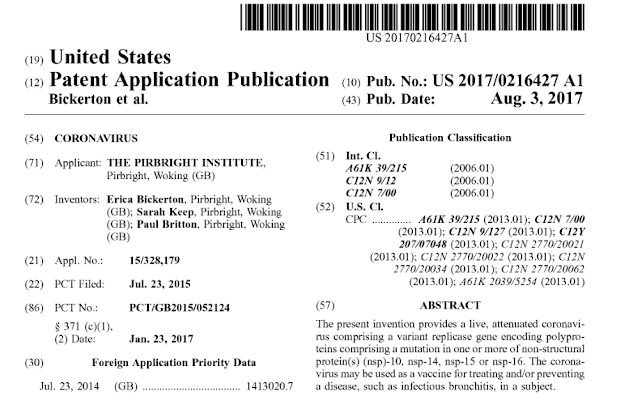 Here's an article that the Pirbright Institute published, showing that Bill Gates funds their virus research:

Bill Gates wants to use vaccines to put nano-sized ID chips in everyone:

Here's a link to a list of the 37 people that Bill Gates follows on Instagram. It gives you an idea of who he associates with and where his loyalties lie:

Bill Gates Follows 37 People On instagram. Here They All Are.

This article below gives some in-depth reporting on how Bill Gates is in league with the World Health Organization and Big Pharma to promote vaccines for profit:

Even Vladimir Putin knows what Bill Gates is up to (Putin is our friend):

Bill Gates has invested heavily in the manufacture of meat in a lab using human tissues as a base: