Why would they do this? One possibility is that they want to keep the number of people in the know to as few as possible. It's also quite possible that this is being done intentionally in order to bait conspiracy theorists. Whether they're the same people or not doesn't really matter, since either way it creates a lot of extra noise and confusion, which helps to obfuscate the truth.

The James Holmes that first appeared in court with orange hair (first photo) appears to have been replaced by one or more lookalikes. I don't know at this point where the last two photos originated from, but the first one was released by the police. 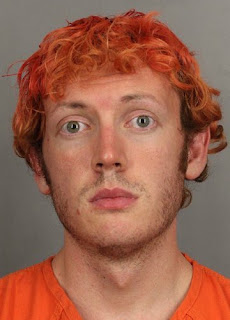 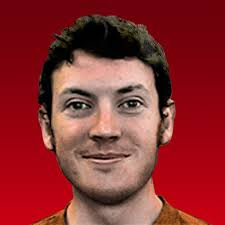 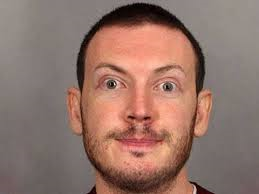 Annie Haddad was interviewed at a memorial gathering in Sandy Hook after the shooting. Not only does she look identical to Nancy Lanza, she also has a number of of other similarities as well. Both of their husbands are named Peter. Both have/had two children, one of them a special-needs child. 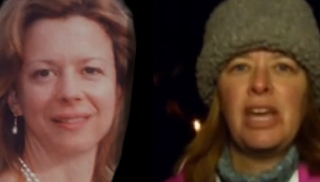 According to radaris.com, Annie Haddad was 45 years old at the time of the Sandy Hook event, she is married to Norman Peter Haddad, and they live at 27 Cobblers Mill Rd. in Sandy Hook. Annie also goes by the names Anne Haddad, Anne Giorno, Anne E. Giorno, Anne E. Haddad, and Anne E. Sweeny.

According to this link, Annie has two children named Jennie and Charlie.

Sandy Hook parent Laura Phelps and her husband Nick have been identified as actress Jennifer Greenberg-Sexton and her husband Richard Sexton. Laura also looks a lot like the public defender sitting with James Holmes during his first court appearance after the Aurora shooting. 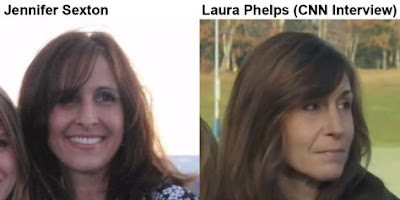 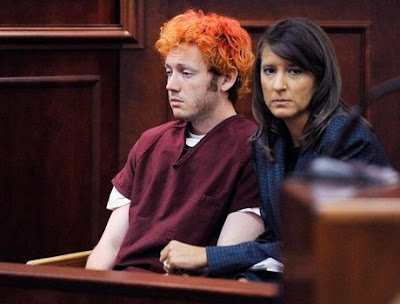 This woman (or various women who look alike) is notorious for showing up in different news stories, including Sandy Hook, Boston bombing, and others not covered in my research:

It was discovered that David Wheeler, the alleged father of a Sandy Hook 'victim', also filled the role of a SWAT team member during the event. 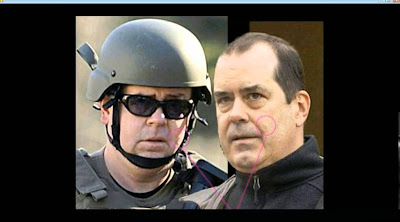 After the above was exposed, it was soon countered with the claim that the SWAT member is really Special Agent William Aldenberg of the New Haven division of the FBI. 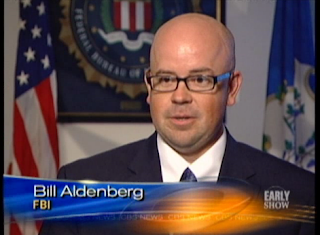 This is typical of what happens when a loose end needs to be patched up in the post-event stage of a covert operation. This is normal psyop activity. Special Agent William Aldenberg is certainly a real person, and there was certainly a video of an interview with him on the Early Show, as we see in the photo above, but the video has since disappeared, so we have little to compare against. It appears that the interview wasn't about Sandy Hook, but rather about a missing persons case from a year or two earlier. It was pulled after the claim was made that Aldenberg was the SWAT member. There are now only two or three very similar snapshots from that video to show us what Aldenberg looks like. The only connection he has to Sandy Hook is that his name was listed on a government webpage with hundreds of other Sandy Hook responders (a year and a half after the event), and he was mentioned in the official report at one point, but that's it. All of this could have easily been contrived. Whatever the case, Wheeler still looks more like the SWAT member than Aldenberg does, and Aldenberg obviously doesn't care enough about any of this to clear the issue up.

Noah Posner was allegedly killed at Sandy Hook, and then again in a bomb raid in Pakistan. 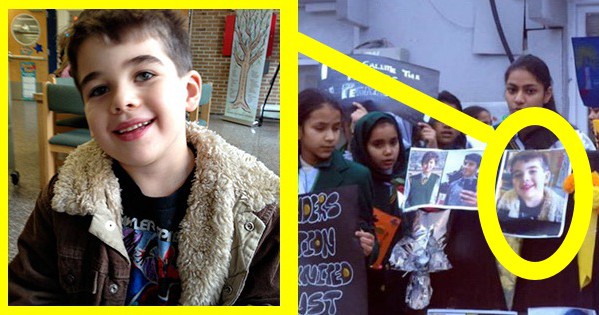 Jeff Bauman, who allegedly lost his legs in the Boston bombing, was identified as military veteran Nick Vogt. Vogt acted the part of Bauman during the staging, while the real Jeff Bauman received all the charity money and media attention afterwards. 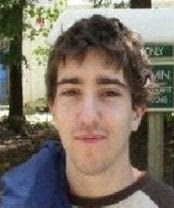 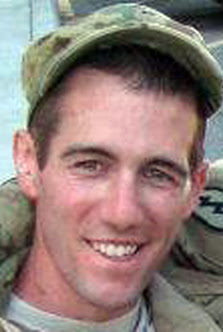 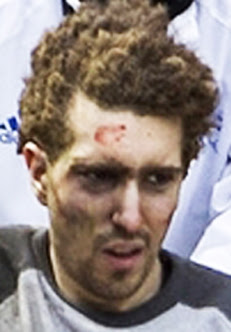 Undercover agents are trained in how to create cover identities, and they use them routinely as part of their work.

"[T]here are distinct categories of cover that CIA agents use, and an almost endless list of components. Some cover is tissue-thin and disposable. Other arrangements are so layered and deep that they anticipate hostile probing of every facet of a person’s life."

"CIA officials describe such flimsy backstopping as “notional cover,” a thin guise for operations that don’t need to withstand intense or long-term scrutiny."

"A rarer and more dangerous job category is “nonofficial cover” — or “NOC” (pronounced knock) — in which CIA officers pose as employees of international corporations, as scientists or as members of other professions. Such covers tend to provide a plausible reason to work long periods overseas and come in contact with foreign nationals the agency wants to recruit."

"NOCs who hide behind front companies rely on the CIA’s cover staff to establish false tax records, payroll checks, incorporation papers, phone lines and sometimes even the hiring of other employees."

Legend - The background story of an undercover agent.

The FBI's National Backstopping Unit is responsible for providing cover support for agents who are using false identities in covert operations. They do the behind-the-scenes work, supplying identification cards and other needed documents, making sure that government databases reflect the identity as real, acting as employers, etc.

The internet has made cover identities much harder to maintain, because it's now much easier to research a person to determine if they are who they say they are. Not only must the identity in question appear to be solid, but so must the people connected to them, such as family members, friends, employers, etc.  For this reason, cover identities must be more thoroughly established through database entries that often reach far back into the past and cover multiple layers of association.

It's very common these days for new applicants to law enforcement, military, and intelligence agencies who seek to work in covert operations and/or who have the aptitude to do so to begin establishing one or more false identities soon after recruitment. The false identities might be developed for a number of years before any of them are ever used in an operation.

Typically, a false identity will be used for the duration of an investigation, and then abandoned when the investigation is closed. Investigations often run for many years.

In an article titled Undercover Does Not Mean Out of Sight, the author discusses

some of the measures that are necessary to maintaining a cover identity:


In developing an identity defense strategy for undercover officers and undercover operations, it is important to devise circuitous identification structures that make it increasingly difficult to penetrate from one layer to another. This is the basic concept underpinning the strategy of “defense in depth.” The concept of defense in depth is to formulate a multilayered defense that will allow, in this case, law enforcement to mount a successful defense should one or more defensive measures fail. The objective is to place enough active and passive defensive layers between truly important information, such as personal information that tends to reveal identities and affiliations, and the attacker. Additionally, the goal is to notice or be notified that an attack is being attempted and also to provide enough time so as to be able to employ active countermeasures such as; counterintelligence, cyber counterintelligence, operational security, and technology to prevent serious damage or compromise. However, in the current operational domain, no matter how many layers are put in place or how many defensive measures are placed at each layer, “no determined attacker will be kept out for an indefinite period of time.”

[...] Utilized collectively or individually, social media, social networking, and facial recognition technology have much deeper implications that span much further than in the limited function as applied in this article, namely their specific impact on law enforcement undercover operations. The broader implications encompass the intelligence community, the military, and the legal profession to include prosecutors, witnesses, jurors, informants, and victims. The problem associated with preserving individuals’ true identities or even their fictitious identities—ensuring that their online profiles match their off-line fictitious identities—in the new threat environment is especially difficult for intelligence operatives.

As stated above, the internet has created the need for more meticulous care in creating and maintaining cover identities for undercover agents, since it's now much easier for anyone to conduct searches of public databases to trace an identity and determine if it's real or not. As the above quote indicates, defensive measures can include (where possible) getting early warnings that someone is checking an identity, and taking counter-measures. This is equally important with staged events, where the acting participants are now being subjected to online checks by innumerable people who suspect foul play.

Note: Traditionally, a false identity would only be entered into a government database temporarily, and eventually removed once the identity was no longer being used. However, the internet changes things drastically, so that now someone who might decide to check on an identity from years earlier could easily discover that it no longer exists. This can put the life of an agent in serious jeopardy. This means that false identities for government agents must be permanently recorded in these databases. The employing agency is responsible for the safety of their agents and officers for their entire lives (even if they're no longer employed there), in order to assure that their undercover work doesn't lead to future problems for themselves, the agency, or anyone else.

The following document describes how deceased children's identities were used to create cover identities for an undercover police unit in Great Britain. Although this method has been abandoned (at least in this case) and new protocols have been introduced, it reveals some of the steps that might be taken to establish an identity:


"…new recruits were instructed on how to go about obtaining false birth certificates. They would obtain details of a deceased person of a similar age from Somerset House and then use those details to go about creating their legend."

"By tradition, the aspiring SDS officer’s first major task…. was to spend hours and hours at St Catherine’s House leafing through death registers in search of a name he could call his own…."

Deceased children aren't the only ones whose identities might be used in this capacity. Any deceased person can be used, provided that they have little to no traceable history beyond a few government records. Of course, it isn't really necessary to use real people's identities, since arrangements can be made with the appropriate government agencies that maintain public records to include fictitious records when required. This has been common practice in the USA for some time now.

It should be understood from this that any acting participants who are involved in staged terror events will have established false identities with several layers of cover that will typically go back several years or more, and that various counter-intelligence strategies will be used to thwart attempts to uncover them. For instance, online databases might be monitored, and whenever the false identity is called up in a search, an alarm is sent out with information on whoever is doing the search. That person might then be handled in any number of ways, depending on what sort of threat they posed. The person might just be monitored at first, to learn what his intentions are, but if he appears to be attempting to expose a false identity, he might be subjected to any number of counter-intelligence tactics, such as failed log-ons, DDoS attacks, misdirection through false leads, etc. Monitoring potential exposers provides the means to identify loose ends and backstop them before they can be discovered.

Government agents and their informants use certain types of online forums for communicating as well as recruiting. The most popular sites are those that offer both public and private forums, and conspiracy sites and gaming sites are highly suited to this due to the nature of the discussions. Take this thread from this website as an example: