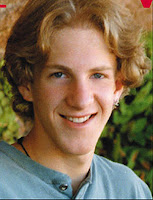 The following numbers refer to pages within the full Columbine Report where something significant is stated that indicates more than two perpetrators were involved. The first 800 pages haven't been included yet, and there are 26,859 pages in all, so it will take a while before this is complete. Statements based on hearsay are not included. Only direct witness accounts are noted:

From reading the report (so far), it becomes apparent that many witnesses saw at least one additional person with Harris and Klebold when the shooting started outside the school. Pages 995-998 describe what sounds like a shoot-out between a sheriff in the parking lot and this third person, who escaped inside the school. Pages 1056-1057 provide another possible witness (Steve Ogle) to this same shooter, who was also seen firing into the parking lot. This shoot-out with the sheriff isn't described in any of the other witness statements (that I've read so far), and they may have attributed the gunshots to Klebold or Harris. This third shooter was seen with Harris and Klebold by many witnesses just when the shooting started outside of the cafeteria. He was heard to yell "Go! Go!" before running down the steps away from the other two, and he may have fired the first shots. After the third shooter retreated into the school, the library windows were shot out from inside. According to other witness statements, this would have to be when Klebold and Harris had already been in the library for some time. In fact, they were seen by many witnesses to enter the library together, but the witness to the shoot-out (Andrew Marton) claims that they were already in the library shooting it up before the shoot-out started outside. They could not be in two places at once. Neither Klebold or Harris would have had time to run downstairs to shoot at the sheriff from the west entrance doors while maintaining the movements described by so many witnesses in the library. It's far more logical that a third shooter was still at the west entrance doors when Klebold and Harris were in the library, and this shooter escaped by blending in with the other students.

A number of CHS students claimed to have seen more than two shooters and were even able to identify them, while many other students described someone other than Klebold or Harris, but couldn't identify who it was. It is very possible that many witnesses assumed that they saw Klebold or Harris when they may not have, basing their conclusions on what they heard in the media or from the police. The eye-witnesses to more than two shooters were reinterviewed months later, at which time most of them changed their testimonies and stated that the person they saw was Dylan Klebold. If there were more shooters who got away, then these witnesses would have had something to fear in telling anyone who they saw besides Harris and Klebold. They would have been inclined to say that who they thought they saw was actually one of the dead shooters.

Many witnesses saw a shooter in a ski mask at about the time that the first shots were fired outside the cafeteria. This is the same approximate time and location that many other witnesses identified a shooter as someone other than Harris or Klebold.

Many witnesses to the shooters only identified the shooter they saw as Dylan Klebold because that's who they heard it was through media reports. Many of these witnesses had described someone who didn't fit Klebold's description as well as it fit that of Chris Morris, Joe Stair, or Robert Perry. In many cases, one of these three people is who the witness said they were sure they saw. Investigators only convinced these witnesses that it was Klebold and not one of the others after pressuring them and insisting that their claims interfered with an otherwise consistent scenario of only two shooters. These witnesses were led to believe that they were the only ones still claiming that there may have been more than two shooters, when this was not the case at all. It is very clear from reading the witness statements that investigators were attempting to enforce a predetermined conclusion as to how many shooters were involved, and were purposely ignoring strong witness testimony to the fact that there were others involved.

Most students and teachers that were locked down in the school had to wait 2 - 4 hours after the shooting was over before they were rescued by SWAT teams. There were phones with outside lines in most of the classrooms and some people had cell phones, so the authorities knew where many of them were hiding and that some needed immediate medical attention. In spite of this, the SWAT teams took their time and saw to it that the rescued parties had to pass by dead victims as they were taken out of the building. One teacher died because the students who were with him were rescued first. It's very possible that, if this was a government operation, the purpose of allowing the rescued students to see the dead victims was to send a warning to those who might have known there was more going on.


Witness statements reveal that an extraordinarily high percentage of the student body and administration were absent from school at the time of the shooting. There were an unusually large number of funerals, doctor appointments, and students who stayed home sick that day. Most of these students and staff members were never questioned about their knowledge of Harris or Klebold, the Trench Coat Mafia, or school bullying. Although it's very unlikely that all these absent people knew what Harris and Klebold's plans were, it's quite possible that certain authorities knew what was going to take place and had arranged for certain staff and students to not be there when it did.

Jefferson County Sheriff's Office didn't start checking students who were fleeing the school to determine if they were possible suspects until 1:38, two hours after the event started. (7846) This would have given any accomplices plenty of time to get away.

The situation was complicated by unfounded rumours from unknown sources that some of the bombs had motion sensors on them, and that victims had been wired to explosive devices. The SWAT team didn't enter the school for several hours because of this, causing a number of victims to bleed to death.

Reports were made of bombs at other schools (e.g. Highlands Ranch High School) during the shooting. (7962) 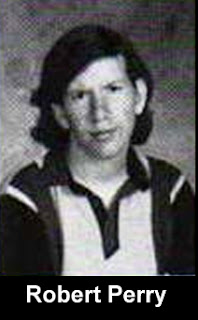 Many witnesses saw Robert Perry at the school just before the shooting started, and he was positively identified by a number of witnesses as one of the shooters.

Many witnesses saw Chris Morris at the school just before the shooting started. He was also identified as one of the shooters by a number of witnesses. Morris was arrested at the scene, wearing all black clothing, but was let go soon after. Morris had known about the pipe bombs that Harris and Klebold were building, but was never charged for failing to turn them in. (7820)

Planning and preparation began more than a year prior to the event. The basic plan was for Harris and Klebold to blow up the school and cause as much harm to staff and students as possible before ending their own lives. Preparations consisted of acquiring guns, ammunition, explosive materials and other gear, building the bombs, and formulating their strategy. All of this appears to have been conducted with a minimal of outside help.

The desire to end their own lives appears to have been one of the motivating factors that compelled these two killers to do what they did. Neither boy was happy with their life and was extremely frustrated with society. They chose to target the school because it had been the source of many of their problems.

Harris and Klebold began wearing trench coats and associating with TCM members after they had already started planning the event. Harris didn't start wearing his until four months before the shooting. The trench coats were adopted as part of the imagery they wanted to create when they carried out their plans. They were not worn because they were part of a gang, although they did associate with TCM members.

The Trench Coat Mafia were a loose group of students and ex-students from Columbine who hung out together. They were considered outcasts by the more popular students, and were often picked on because they were different. They were given the name 'Trench Coat Mafia' after several of them started wearing trench coats to school, and they adopted the title for themselves. The group had been in existence for several years. Among its members, there were a variety of differences in their interests, wherein some were into Goth, some were into computer games, some were interested in witchcraft and the occult, etc., but there doesn't seem to be any strong unifying interest between them that held them together beyond the fact that they were outcasts at school and it was easier at school if they stuck together and supported each other.

Columbine High School had a severe problem with bullying. The athletes in the school were favoured by the administration, so they wouldn't punish them for picking on other students and just excused it and looked the other way. In fact, if a student had an altercation with a favoured student, they would be punished while the favoured student would get off with no punishment at all, even when the favoured student initiated the altercation. This favouritism resulted in excessive bullying from the athletes, particularly towards the outcasts in the school. This resulted in the loose formation of what eventually became known as the Trench Coat Mafia, as a means to protect themselves from the harassment by banding together.

As a location for a terror event, Columbine would have been a good choice, because it was an incubator where a student's school yard frustrations could easily turn into murderous rage.

These are two articles on Columbine that I wrote a few years ago:

QUESTION: Is it a weakness that I sometimes want to retaliate against the system like Klebold and Harris did, or is it a strength that I continually withhold from doing so?

No Easy Answers : The Truth Behind Death at Columbine