This is at the first bomb site, immediately after the blast. The brown-shirted girl is standing against the picket fencing, just observing everyone. The red circle shows what appears to be a camera or something that looks similar. 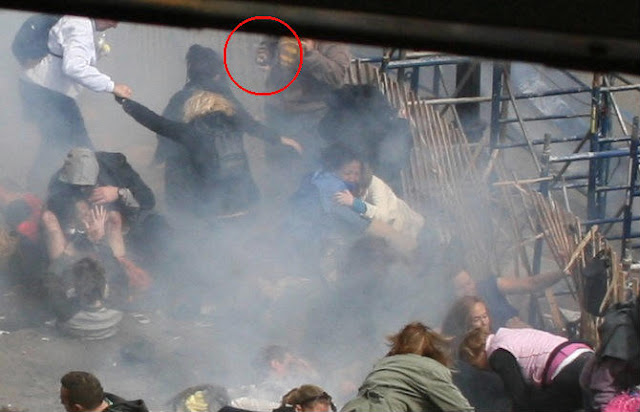 In this next image we see her taking or passing something to or from another person in the crowd. 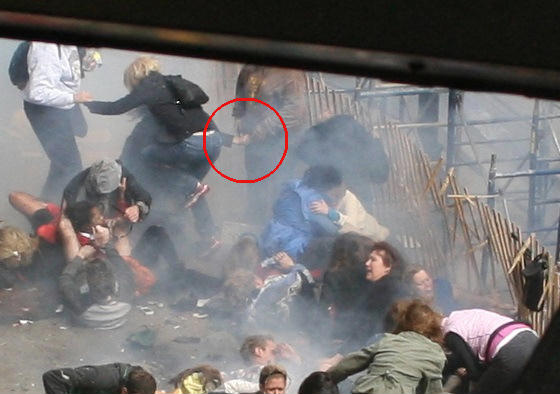 here, we can see that this woman has something bulging in the front pocket of her pullover. She also appears to be signalling someone with her left hand. So is the black woman on the ground, covering 'Jeff Bauman'. 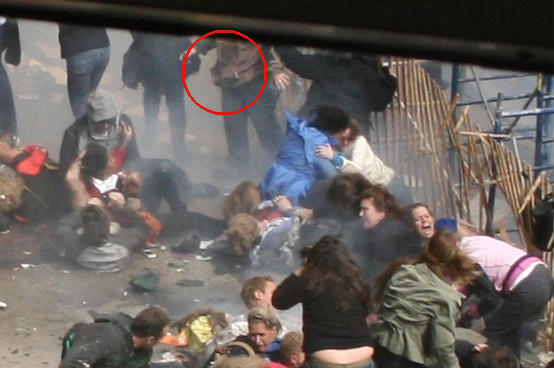 Here she is just hanging around at the scene. Why is she there? Is this normal for police to allow someone to just walk around a crime scene like this? 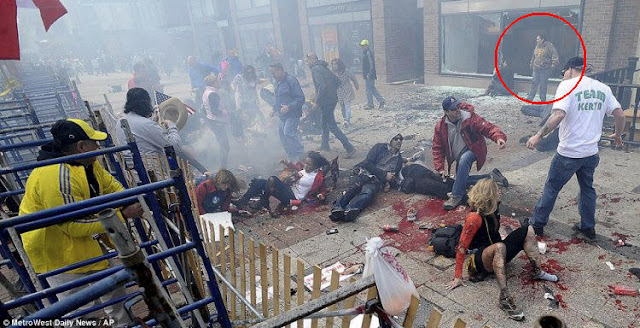 Here's another shot of her on the crime scene. 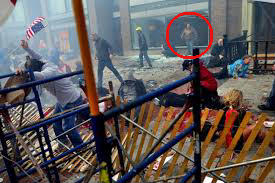 Here's another shot of her on the crime scene from a different angle. She appears to be either taking a picture or making a cell call. 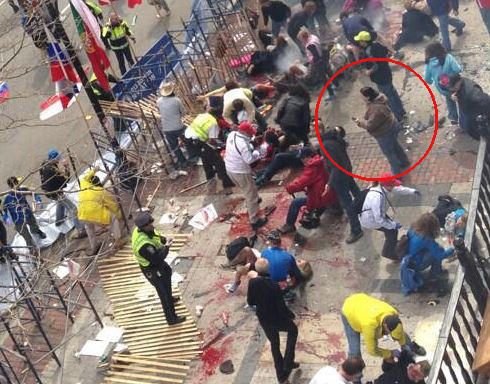 Here she is apparently leaving the scene. 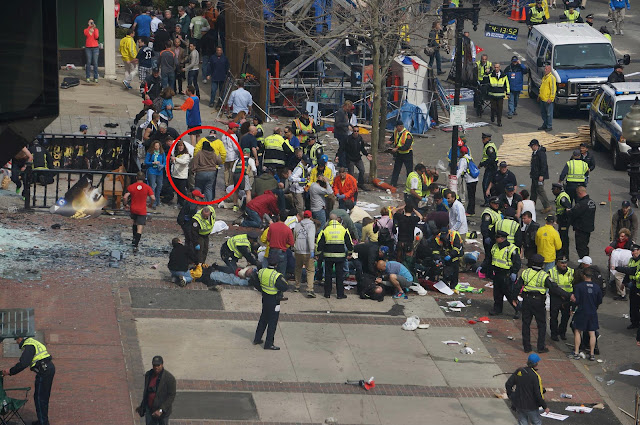 This collection of images is just one small peek into the many strange people and activities that earmark this event as a staged hoax. Please take the time to investigate the evidence that is coming out (thanks to independent researchers) that is exposing this for what it really is. Do not blow it off as a conspiracy theory without looking. The mainstream media cannot be trusted any more. Neither can your police and government.
Posted by Anthony Forwood at 3:17 PM